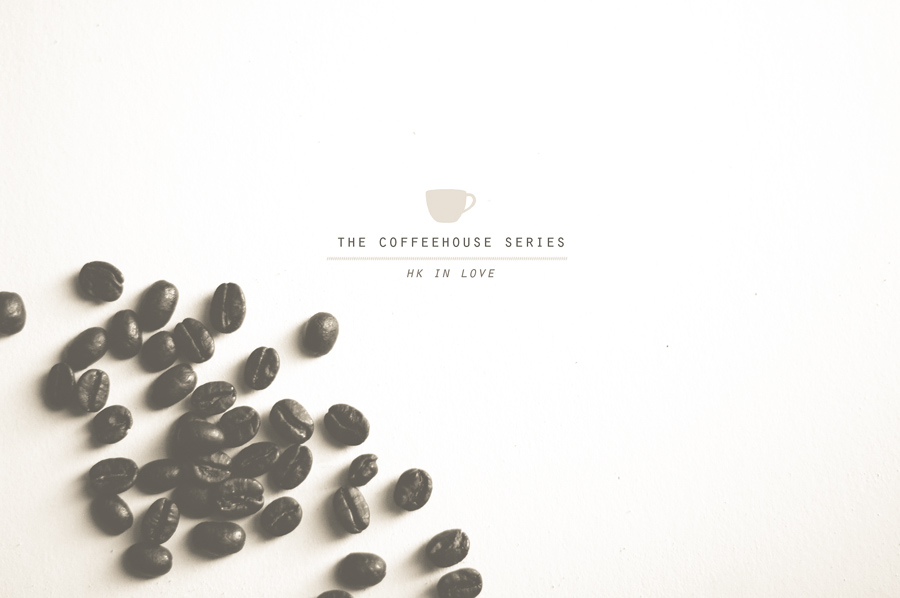 for a while now i’ve been thinking about starting some sort of series on this blog that would feature some of our friends and readers. i’ve loved following these types of things on other blogs, like elembee’s across the usa series and the man behind the blog series over at vmac + cheese. so after lots of thinking, i finally decided to take the plunge and start a series about one of our favorite things: coffee. in the coffeehouse series, i’m planning to feature friends and readers from across the country (and world!) talking about and sharing photographs from their favorite places to grab a cup of coffee or tea. i’m hoping for it to be a collaborative celebration of the slower, finer moments in life, as well as a way to feature independent, smaller coffee shops in lots of different places. who knows, maybe it’ll help you discover an awesome place in your own city, or give you somewhere to visit on your next coffeecation. (everyone takes those, right?)

i have a few people lined up so far, but in order to represent more people and more places, i need your help!  if you love coffee (or tea) and have a favorite shop in your city that you’d like to see featured, please email me at hollyannefricke@gmail.com so i can send you all the details. all it requires is answering a few quick questions and sending in a few corresponding photos.

thanks in advance for your support on this little project, and can’t wait to see how many cities we can get featured here.  happy coffee-shopping!

you may have seen our instagrams from last weekend of the diy pourover coffee station that we made, and are pretty proud of (it actually stands up! and there were no drilling injuries! successes in and of themselves, for sure). if you don’t know about pourover manual brewing yet, it’s a wonderful alternative for drip coffee and the taste is infinitely better. you can read all about the methodology and watch some how-to videos in this article from sweet maria’s and this guide from prima coffee.

there are lots of different pourover drippers on the market, but we really like the hario v60 and decided to invest in a couple of those in order to make this station. the prima coffee guide linked above lists the pros and cons of lots of different models, so check it out if you’re thinking of buying one. we’ve also heard good things about the beehouse dripper and have seen them in lots of specialty coffee shops.

after seeing these pourover stations in chicago and on our coffeecation in kansas city, we really wanted to make our own. we found a couple different tutorials but most of them were more complicated than we were looking to get. we ultimately settled on this simple design that only cost about $40 total to make. 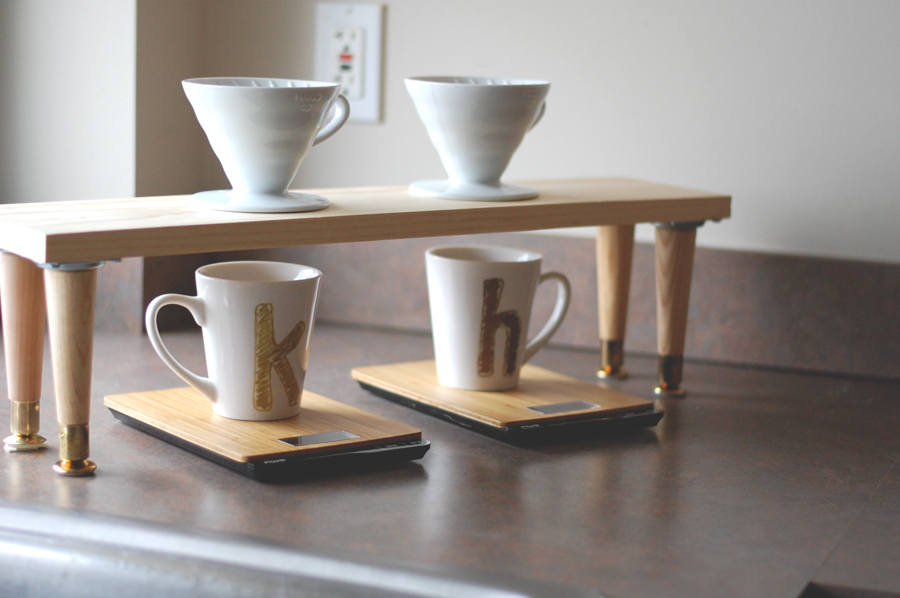 *as mentioned above, there are lots of pourovers drippers on the market, the hario v60 only one of them. follow the same process if using another dripper, but make sure you measure the circumference of its opening and purchase the corresponding hole saw. 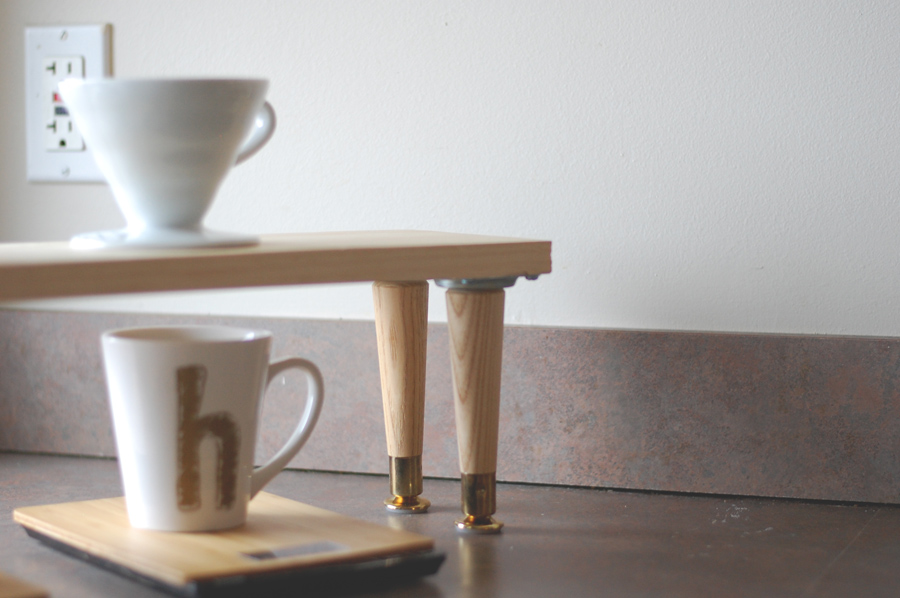 how-to:
1. determine where your holes will be on your piece of wood, and mark them. we made the center of each hole 8″ in from either side, but this is obviously flexible depending on how you want your station to look. we found it easiest to actually trace the entire circle using the dripper once we found our centers.
2. drill the two holes with the hole saw (a little trick: drill until the bit pokes out on the underside, then turn the wood over and drill down again. we found this to be a little easier and it also makes sure the wood chunk won’t get stuck in the hole saw once you’re done)
3.  turn your wood onto its bottom side and pre-drill holes for the mounting plates in each of the four corners. after pre-drilling, hold down the mounting plate against the wood and screw it in. repeat until all four mounting plates are securely screwed into the wood.
4. screw the legs into each of the four mounting plates.
5. seal the top and legs with polyurethane and allow to dry completely.
6. place hario drippers in each of your perfectly-drilled holes.
7. make and enjoy delicious coffee! 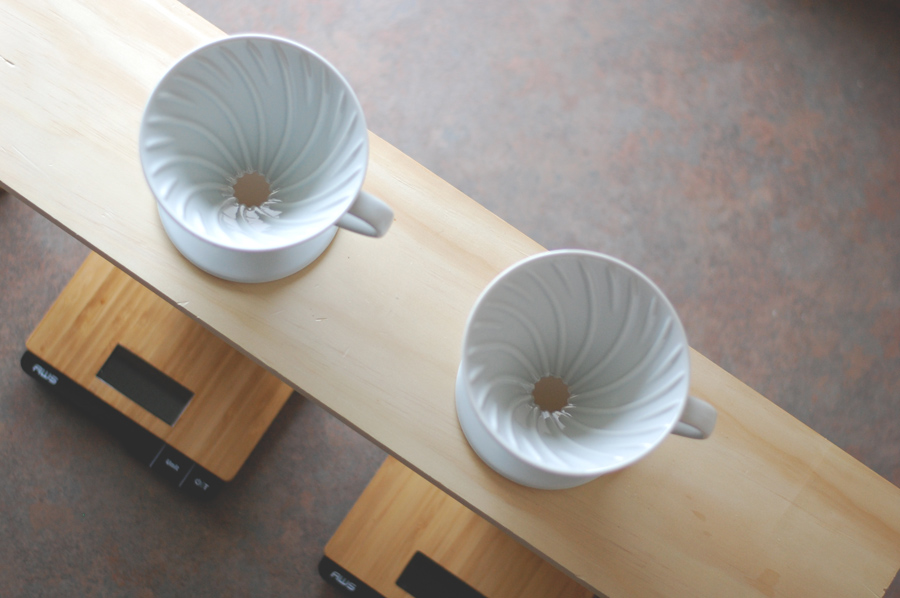 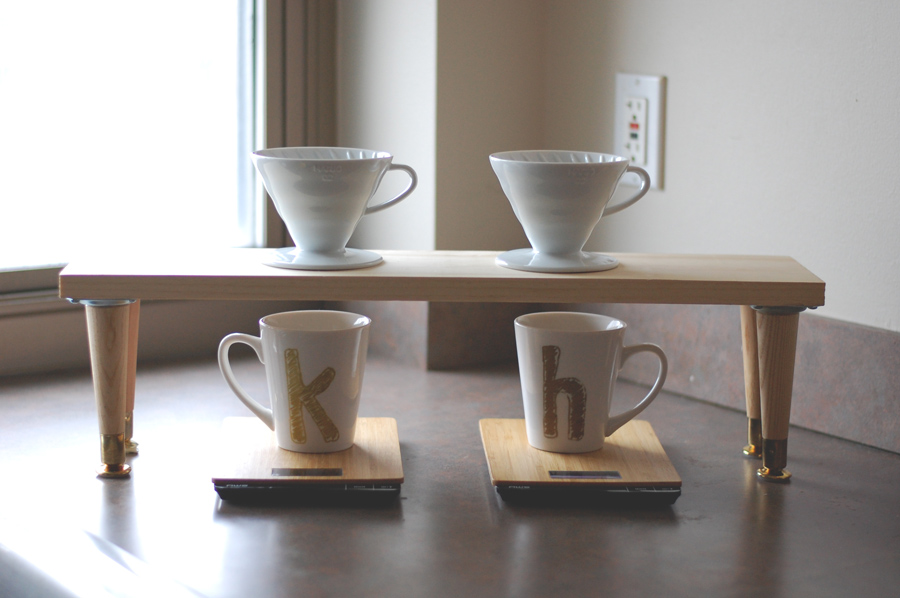 scales / american weigh scales via amazon
mugs / bed bath & beyond
swanneck kettle (not pictured, but you’ll want one of these, i promise) / bonavita via amazon

happy valentine’s day, friends! this morning we started our day with pourover coffees and chocolate croissants (the perfect combo, although i’d probably say that about anything that lets me feel for a moment like i’m in paris instead of omaha). i found a new corner in our kitchen that has great natural light in the mornings, so i snapped a few photos of our breakfast along with the tulips that kevin told me i could get while we were grocery shopping last night. that conversation went something like this:

h: (pointing to flower section) “want to just get it over with now?”
k: “yeah, grab whatever you want. oh look! tulips are on sale.”

you know you’re married when. 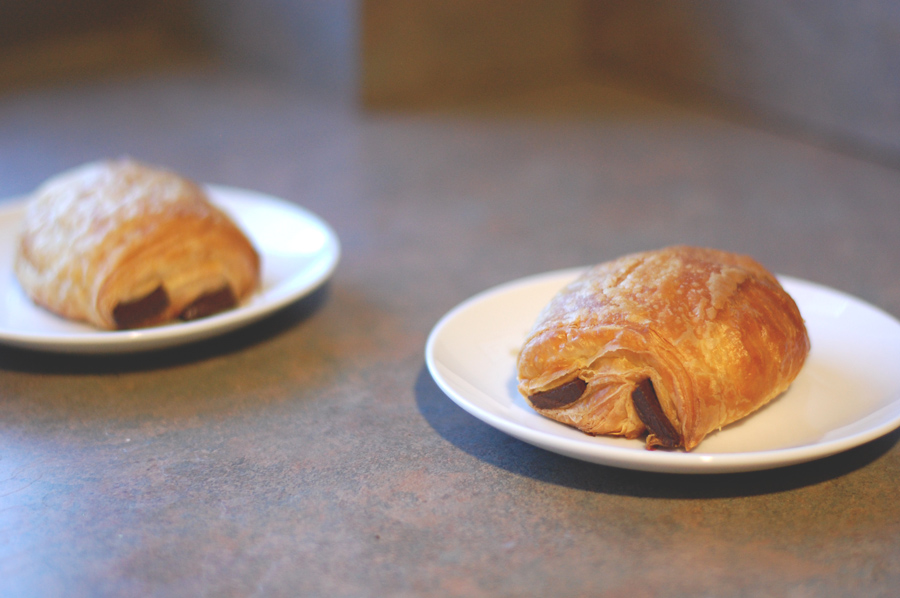 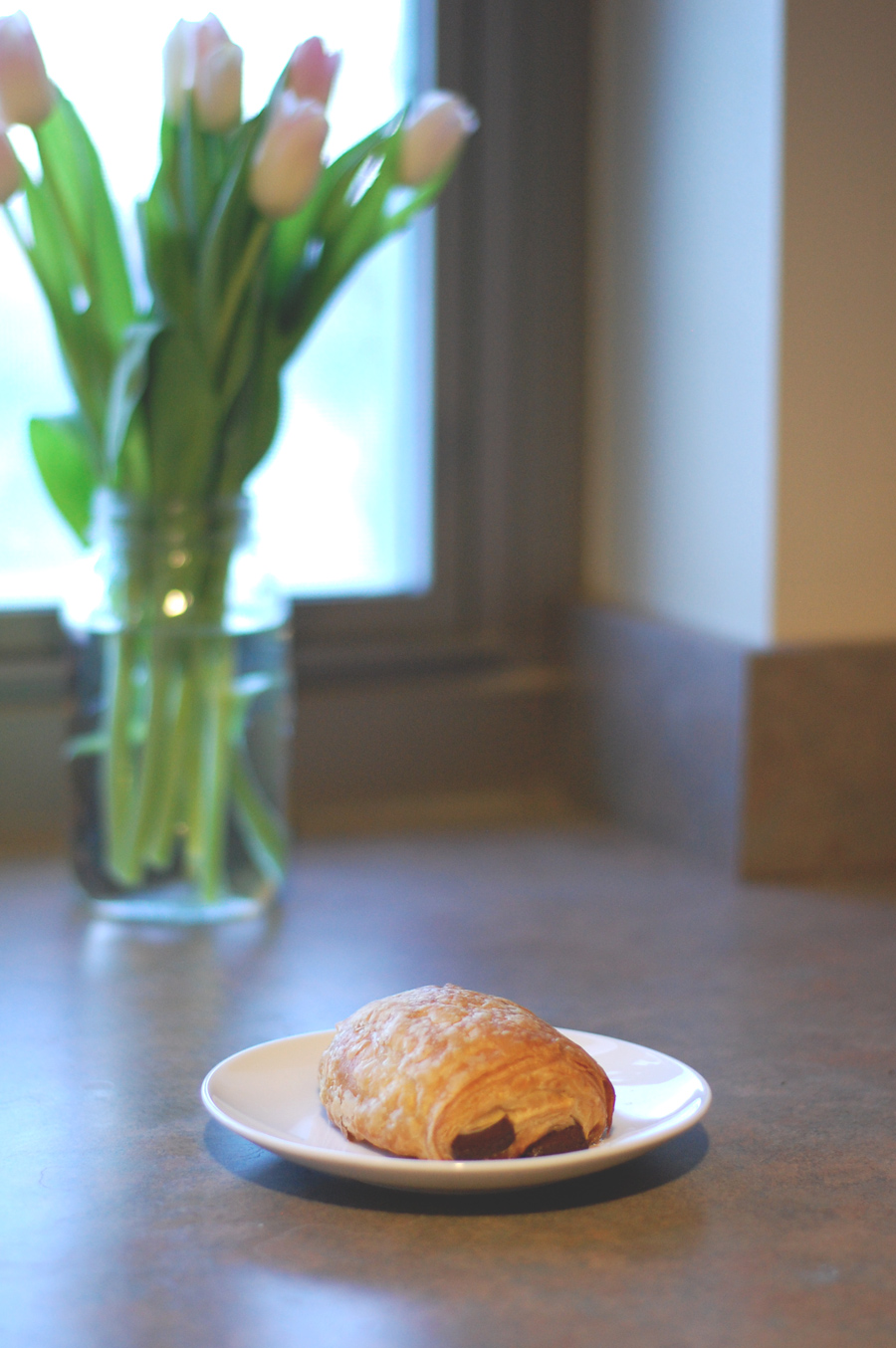 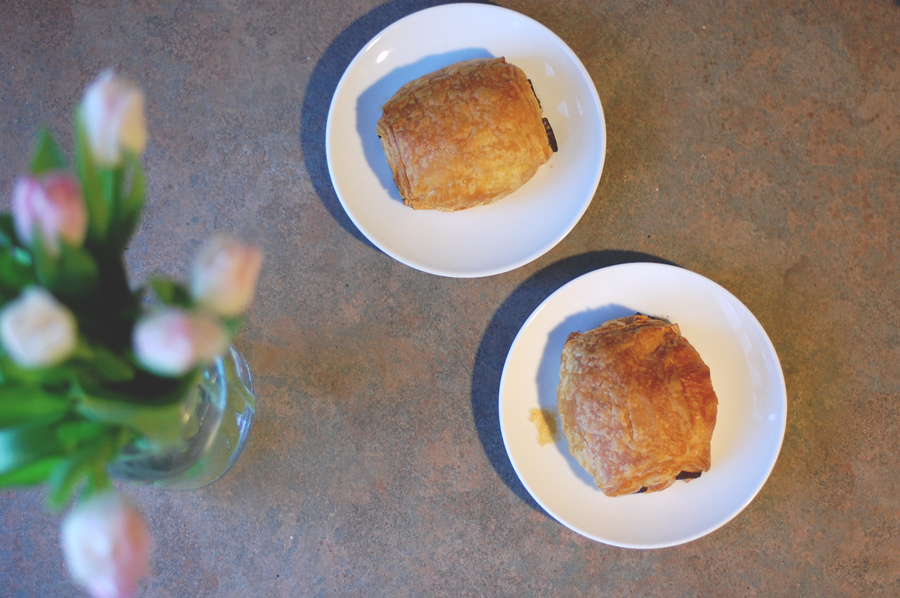 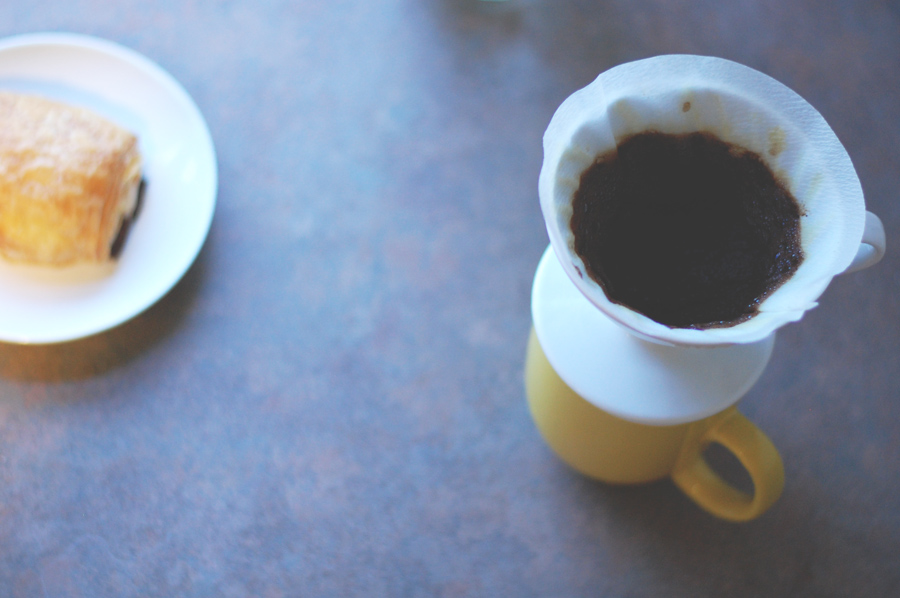 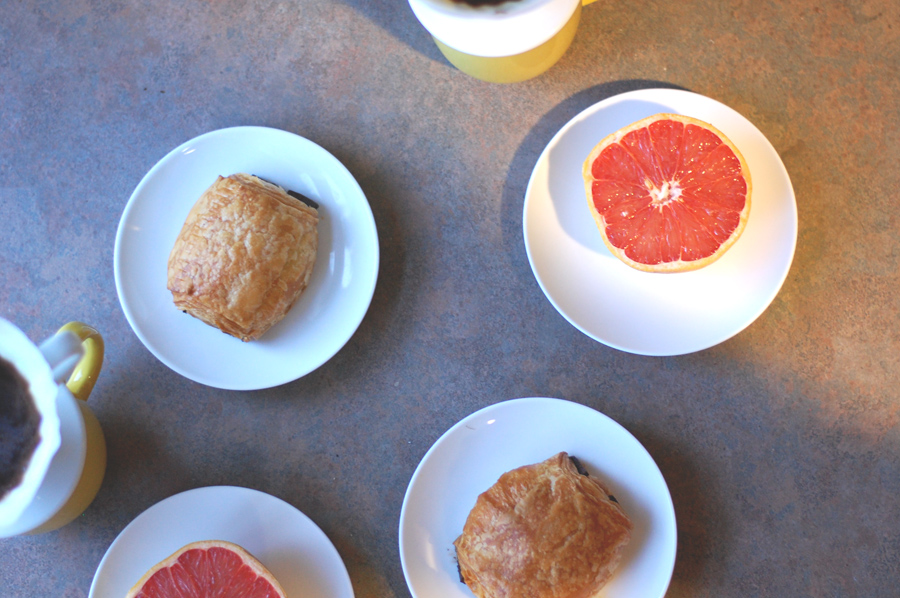 what are your plans for valentine’s day? we decided against going out at all – too expensive, too crowded, we’re old and cranky, etc. we picked up a baguette and cheese for appetizers and some steaks and brussels sprouts for dinner, and i think we might try making these heart-shaped roasted potatoes, too. i’m going to go pick up some wine & champagne from tj’s later, as well as almond cupcakes from our wedding bakery, and we’ll just stay in for a quiet night together.

hope you all have a wonderful love-filled day with whomever you’re celebrating with! xo 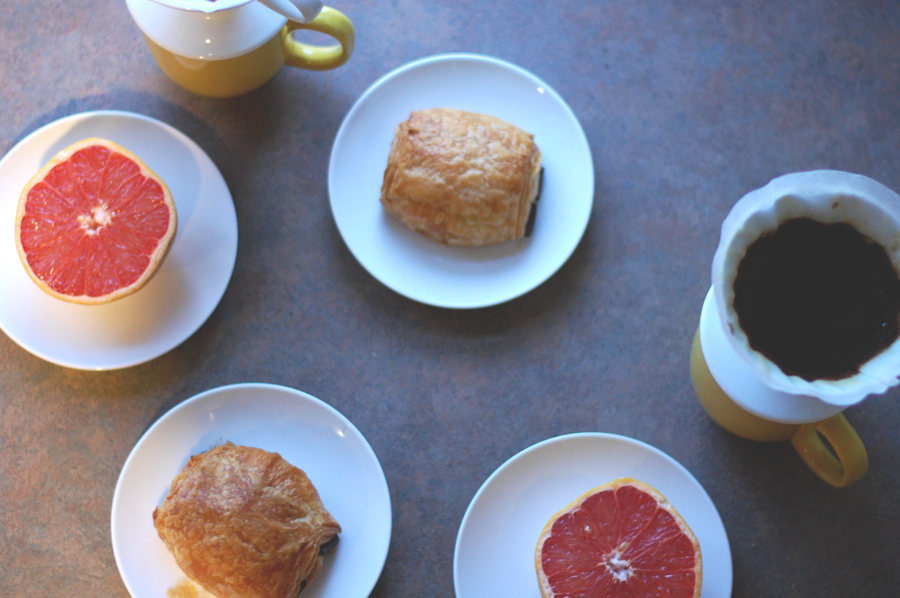 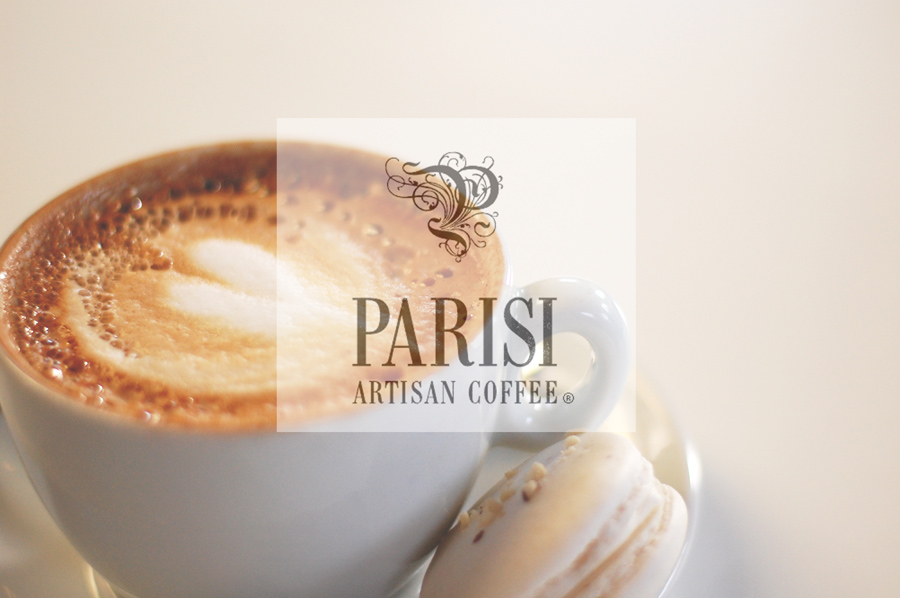 parisi artisan coffee was our first stop on last weekend’s coffeecation, and it was the absolute perfect start to a saturday morning. parisi is located inside gorgeous union station which makes for pretty much perfect coffee shop ambiance. not only do they roast their own coffee on site, and source only the best coffees in the world to begin with, they also take special attention to how their coffee is brewed for each and every customer. they offer just two options for brewed coffee: pourover and french press. 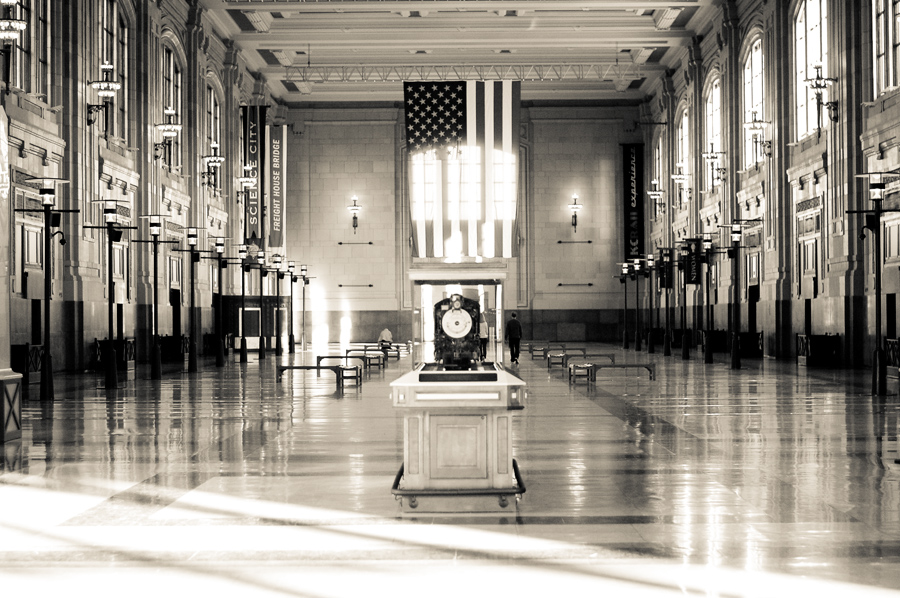 i usually gravitate towards plain black coffee or a single origin espresso instead of milk-based drinks, because i don’t trust many places to get it right, but i ventured out of my coffee comfort zone at parisi and ordered a cappucino. k got a traditional double espresso, and when we said we were looking for a little snack, too, one of the baristas took the time to recommend which of their homemade macarons would best compliment each of our drinks. i went with the almond, and k’s was lemon. while our drinks were being made, both baristas working at the time were incredibly friendly, telling us about the coffee being used for k’s espresso and asking about how we brew at home and offering suggestions. 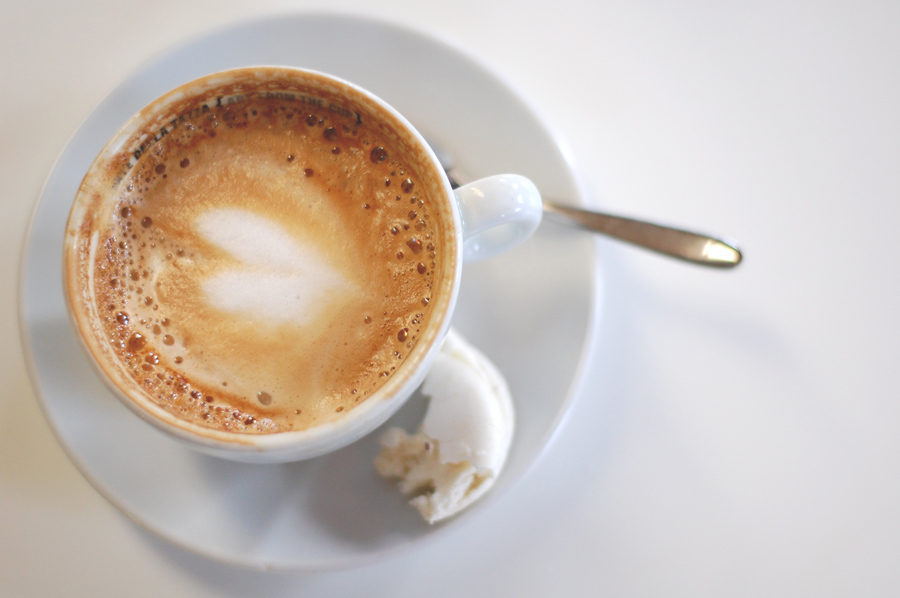 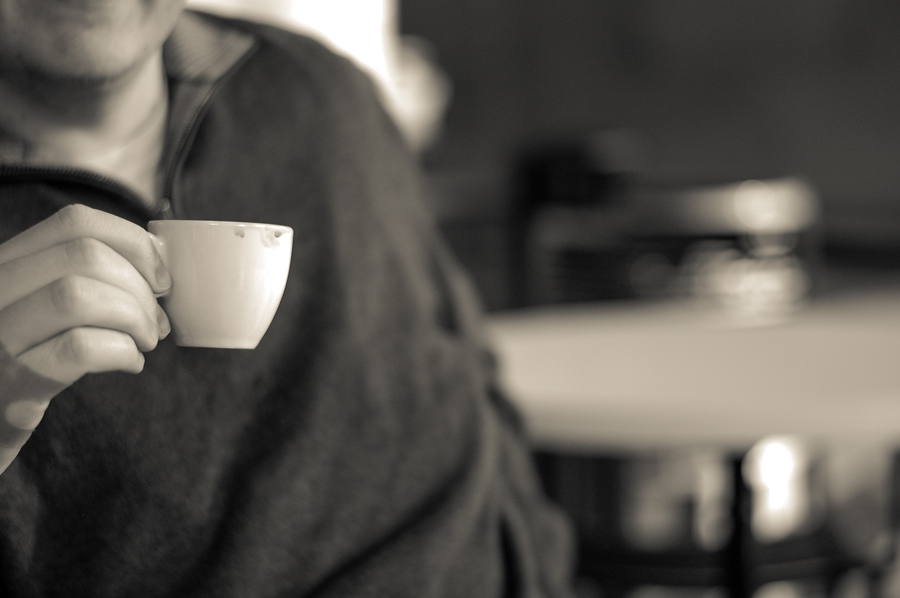 needless to say, both drinks were fantastic, and it was undoubtedly the best cappuccino i’d ever had. our drinks were served with sparkling water, and for a few minutes, we pretended we were in europe instead. k even said at one point, “this reminds me of paris,” to which i said, “um, you’ve never been to paris, but yeah, i get that.” and then he said, “i meant the one from las vegas.” of course. 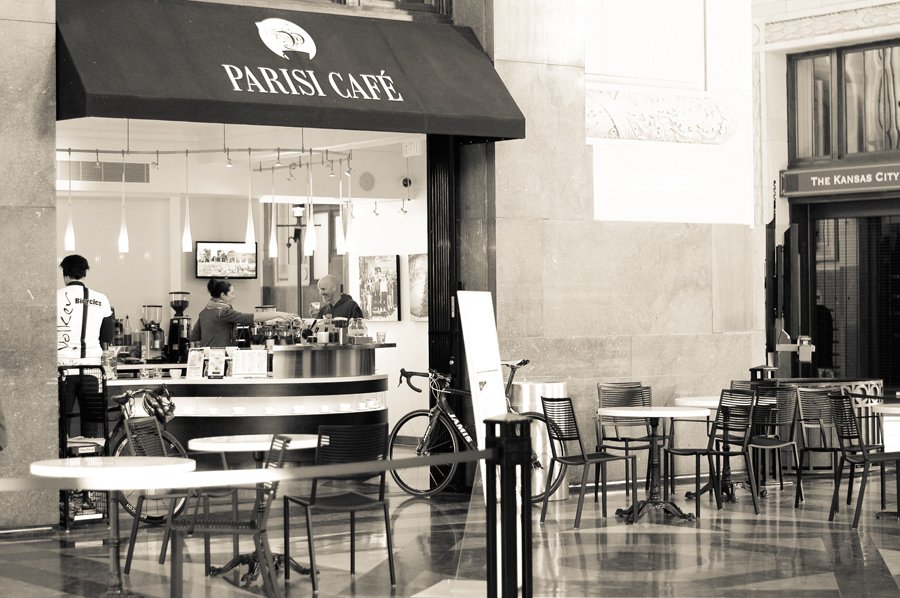 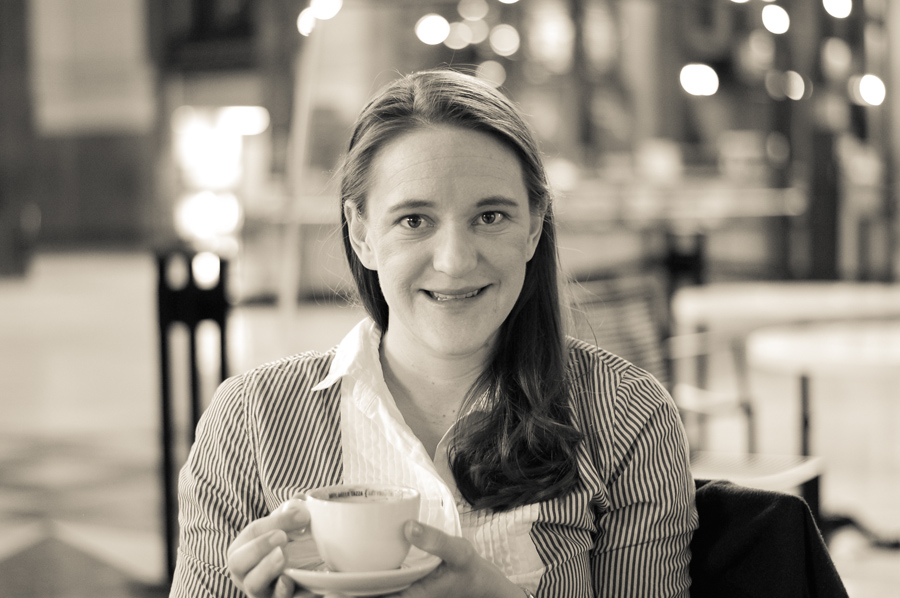 so, the moral of the story is, if you live in kansas city, you should pay a visit to parisi inside beautiful union station or their second location in leawood. if you don’t, you can still check out their beautiful website and order some of their coffee. (we can recommend the costa rica la cruz, a medium roast that has cup of excellence certification). 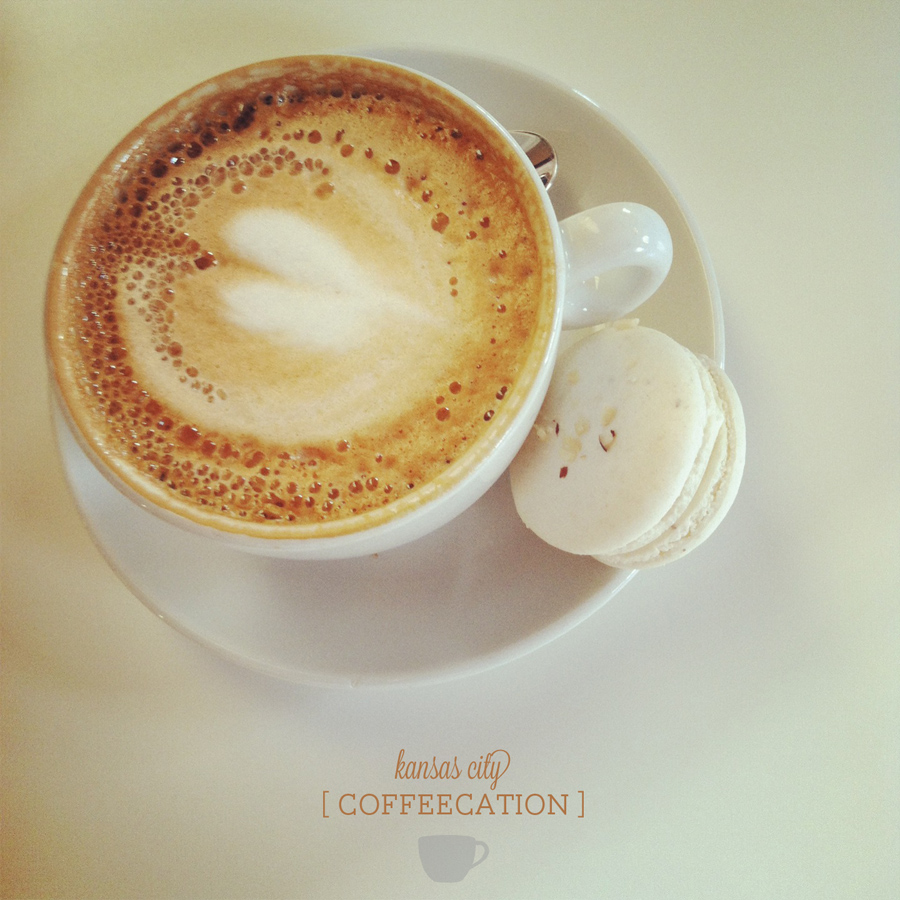 last weekend, we went down to kansas city on what we decided to call a little “coffeecation.” after reading this article in imbibe magazine a few months back about all the great things going on in kansas city coffee, we’ve been wanting to visit each of these places. before we left, we put together a google map of all the shops we wanted to visit. yep, we’re that crazy about coffee.

while we didn’t quite make it to every place on our list, we did visit several each day and maintained a constant state of caffeinated-ness all weekend long. we’ll be profiling a couple of the places we visited in more detail later this week and next week, but for now, a few instagrams from the trip overall. 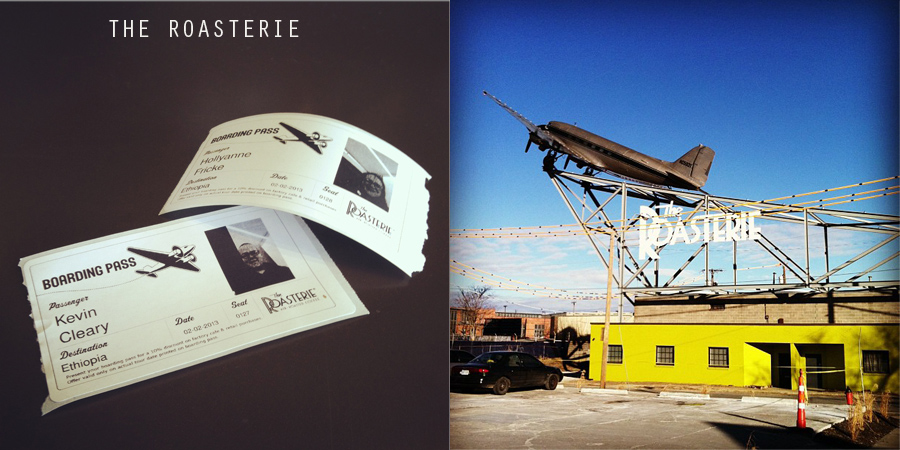 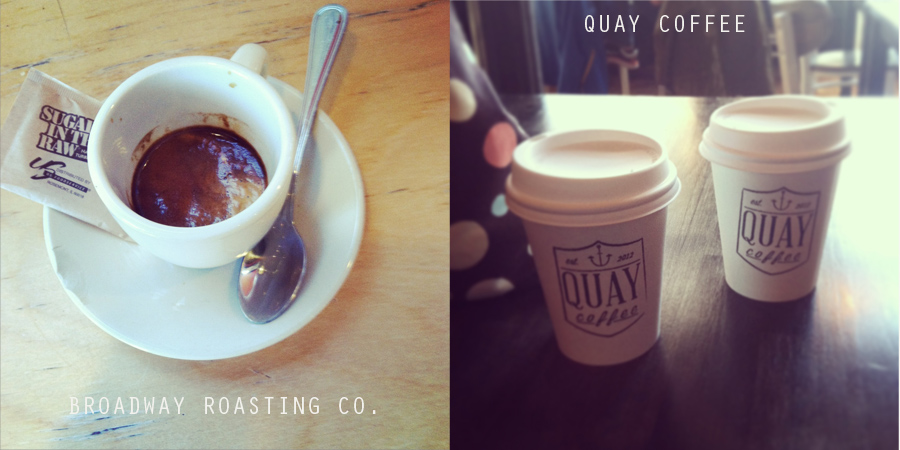 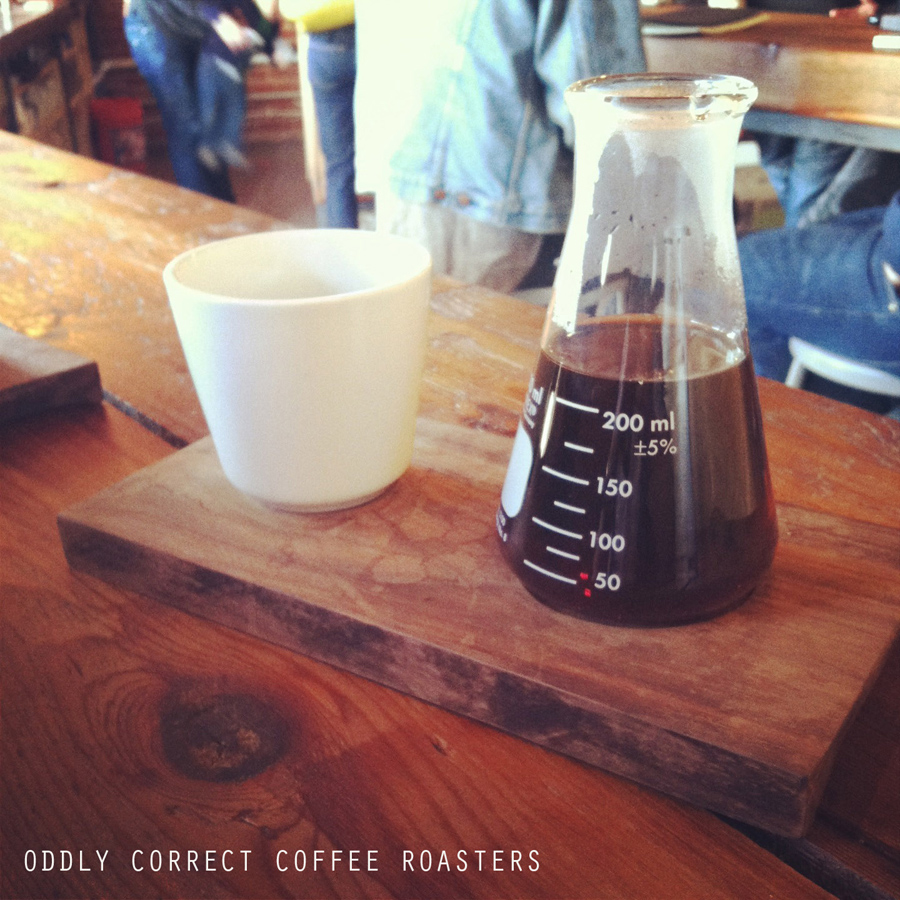 we pretty much enjoyed every place we visited, and met some incredibly knowledgeable business owners and baristas throughout the weekend, but i think i have to say that my favorite thing was how oddly correct served their pourover coffee – we’ll definitely be ordering some of those 250ml chemistry flasks and making our own little coffee servers for at home. aren’t they so clever and creative!?