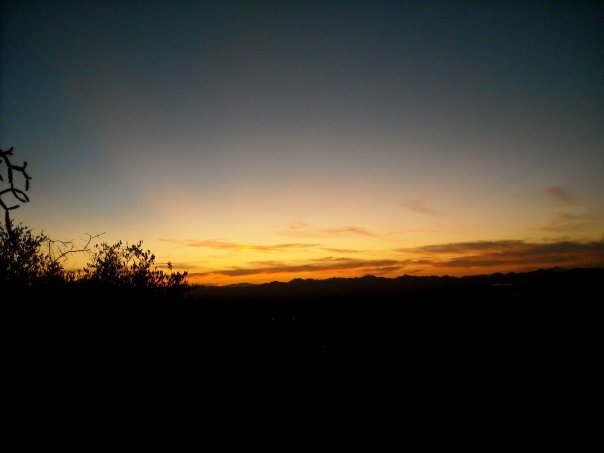 today i’m missing tucson. it happens more than you think. missing our less than $600/month 1000 sqft apartment full of natural light. it was sketchy, but it was big, and it was ours for awhile. missing that we didn’t have to wait until may to go to the farmer’s market, that fresh produce was just accessible and affordable at all times, a given. missing those sunsets. oh, the sunsets. i’ve been to five countries and nearly half the states, but i don’t think anything will ever beat those beautiful colors over the mountains. missing the few but faithful friends that we left behind, and kicking myself for not always taking those friendships seriously enough. i’m missing weeknight drinks at pasco with claudia and kevin after long days at work, and weekly burrito nights courtesy of taco shop. missing 300+ days of sunshine and thinking that if i could have it all back, i wouldn’t complain one more time about 118 degrees in july. missing the ocean. can you miss that when you were still 6 hours away from it? we’re further from it now, and i feel it. i guess i can’t fight that i’ll always be a california girl. missing being a half-day’s drive from my family and most of my bestest, forever friends, and knowing that’ll probably never be again. missing having a job, and although i never loved it, missing that feeling of contributing – to society, to my partnership with kevin. thinking about those fights, the ones that seem like forever ago now, and how they seem so small and silly now compared to what this year has brought.

someday, maybe, i’ll miss here too. maybe not omaha, because she might always be our home, but this little piece of our lives that we’re living right now. maybe i’ll miss kevin coming home every morning at 10 for a banana, and in the afternoons for yogurt and coffee. maybe i’ll miss not paying rent. it’s hard to appreciate right now. maybe i’ll miss the awkwardness of eating once or twice a week in the same dining hall i ate in throughout college; maybe i’ll miss those really greasy but actually delicious giant grilled cheeses because it was a free meal that released me once in awhile from my self-imposed obligation to prepare a meal every night. maybe i’ll miss the giant rolls of paper towels we “borrow” from the supply room, because i know once we aren’t here anymore i’ll feel too guilty about buying them myself, and we’ll succumb to the admittedly more sustainable dish cloth method. maybe someday i’ll miss not having a job. seems crazy to say now, but maybe someday when we’re both busy working and we have kids to think about and (more) bills to pay and a never-ending to-do list, i’ll think back on this time as peaceful instead of ridden with anxiety and fear. maybe someday i won’t worry that we didn’t have many friends during this season of our lives, and we’ll celebrate that it was just us for this little while. someday i’ll thank God for this ridiculous, never-ending winter because it kept us inside and together against the odds. someday, maybe, i’ll think about these fights, and how small and silly they seem compared to all the things we’ve accomplished since then.

by Hollyanne Posted on April 24, 2013
This entry was posted in adventures. and tagged omaha, tucson. Bookmark the permalink.

2 Responses to on greener grass.